It’s been a bit too long since I’ve been out for a run. There’s real­ly no excuse. Alame­da is very flat so I don’t have to con­tend with hills, and the weath­er has been fan­tas­tic. I have a great neigh­bor­hood for run­ning, being sur­round­ed by beau­ti­ful hous­es and just a few blocks from the beach. Also, I’m new in town and explor­ing by foot is the best way to find my way around.

So of course get­ting start­ed was the hard­est part. It’s always the hard­est part but it helped to fol­low the slo­gan of the DSE Run­ners: start slow and taper off. I tell myself that it does­n’t mat­ter how slow I go, that the impor­tant thing is that I keep going. I run into trou­ble when I’m forced to slow to a walk to wait for traf­fic or nego­ti­ate an awk­ward stretch of side­walk. If I drop to a walk from a jog, it takes a lot to get going back to a run; it’s like hav­ing to get start­ed all over again. I try to avoid it if possible. 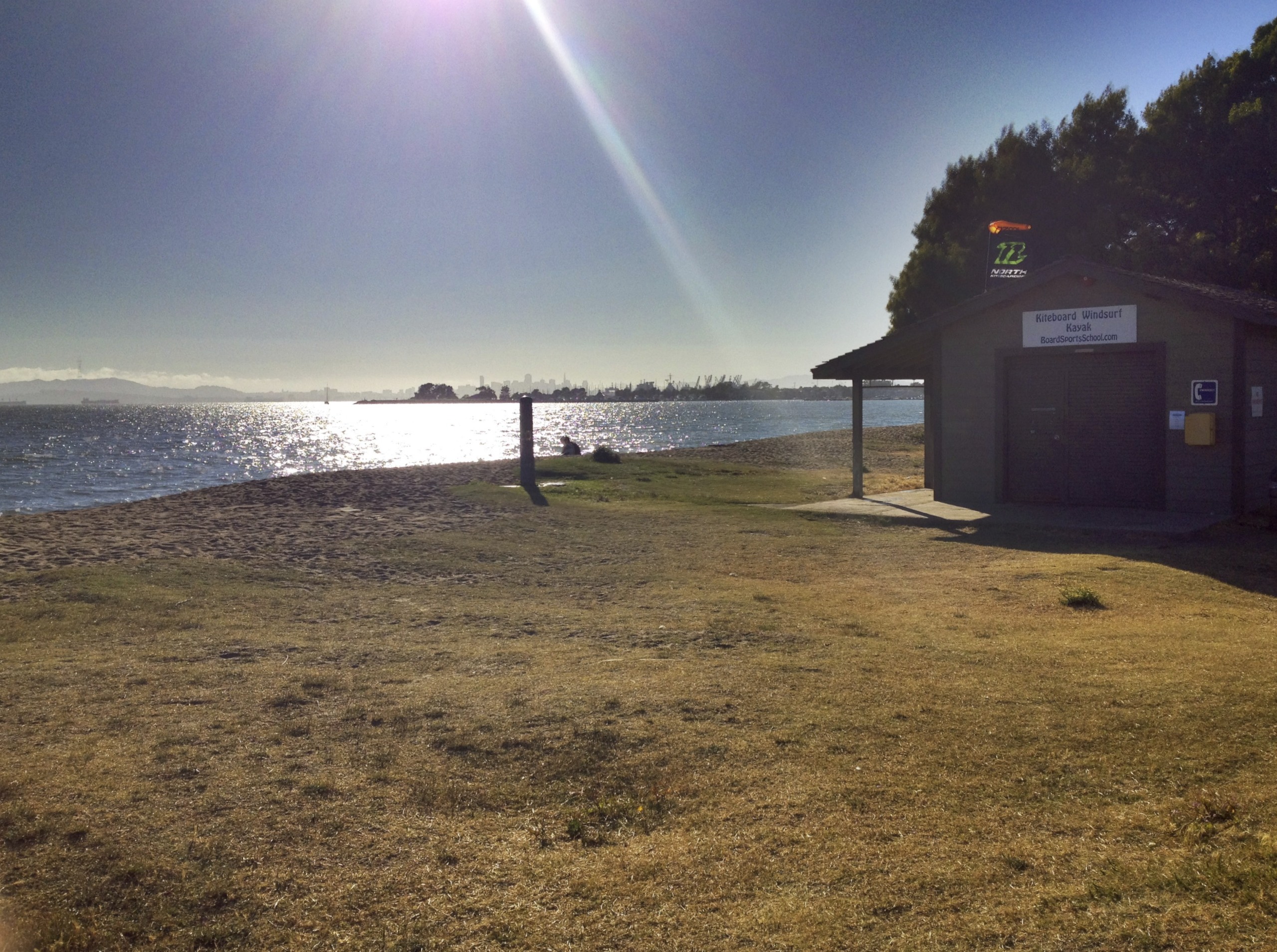 Since I live near the lagoon, there are a lot of dead-end streets in my neigh­bor­hood. I did not plan my route exact­ly but checked Google Maps a few times along the way. I had a gen­er­al idea of how far I want­ed to go, but I had to go a few blocks around what I’d antic­i­pat­ed in order to avoid find­ing myself at the wrong end of a dead-end. So indeed, head­ing out on foot was good for me in learn­ing my way around the Island.

Choos­ing to go out in the late afternoon/early evening meant there was a lot of foot traf­fic once I got to the beach (and a lot of auto­mo­bile traf­fic before I did, but that only became a prob­lem once when I passed up the oppor­tu­ni­ty to cross at a light and then had trou­ble find­ing anoth­er light or a long enough break in traf­fic to get across.) I stayed on the walk­way but made a men­tal note to check the sand of the beach at some point in the future to see if it would be good for a stretch of bare­foot run­ning. I don’t think I’ve ever had a beach to run on before so this could be a good opportunity.

I’m signed up to run the Fourth of July RACE again this year, as I did a cou­ple years back. I won’t be break­ing any speed records this year (per­son­al or oth­er­wise) but at least I’ve con­firmed that I can cov­er the dis­tance. There real­ly was no doubt — the RACE is a 5K and I’d have to be in even worse shape not to at least be able to walk that dis­tance — but it’s still good to know that I can still get out there and cov­er a few miles.

View all posts by splicer